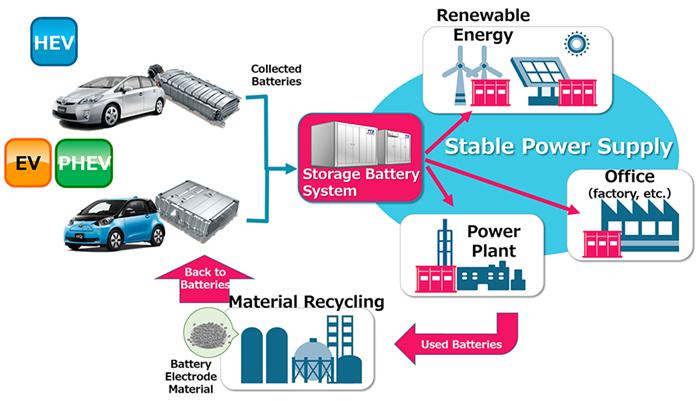 According to foreign media reports, the Central Electric Power Company of Japan announced that it has reached a cooperation with Toyota Motor to recycle used batteries of Toyota's electric vehicles (hybrids and electric vehicles) and establish a large-capacity battery system.

With the large-scale introduction of new energy in the near future, Chubu Electric Power Co., Ltd. has realized that it is very important to accurately manage energy supply and demand balance. At the same time, the Central Power Company is also working hard to improve the operation of the power system. Combining the large amount of used batteries recovered can be used to adjust the energy supply and demand balance, management frequency fluctuations, and voltage fluctuations of the Chubu Electric Power Distribution System.

Nickel-metal hydride batteries were initially recovered from the project. These batteries are currently used mainly for hybrid vehicles; by 2030, lithium-ion batteries for electric vehicles and plug-in hybrid vehicles will be recovered. The above two companies hope that the project will not only help solve the difficulties faced by the power system, but also hope to have a positive impact on the operation of thermal power plants.