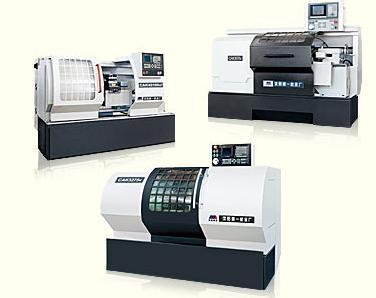 At present, China's machine tool industry has entered a critical period of development. It must scientifically combine the needs of industrial development and organize and rhythmically adjust the industrial structure. This process is based on the complexities of seeking truth from facts, stressing actual results, and scientific attitudes. System Engineering. From the relevant departments of the government to the enterprises, it should be carried out in an orderly and steady manner. Leaders should set targets and conduct regular inspections. They should summarize their experiences in stages and effectively improve the problems encountered in the transition. The practice of going through the courts will delay the fight.

As a modern and complex production tool, machine tools are one of the three most important tools in the development of human productivity. The â€œadvancednessâ€ of machine tools determines human productivity and labor productivity. As the most advanced science and technology in the world, the United States, in the 20th century, a hundred years, its machine tool technology has been in a leading position in the world, the same, its automotive industry, aerospace is also ranked first in the world. In 2008, the U.S. GDP was 13.98 trillion U.S. dollars, which was averaged by 310 million people and its per capita GDP was 45,000 U.S. dollars. China, with a population of about 1.33 billion, had a GDP of only 3.37 trillion U.S. dollars in 2008, which is a quarter of the U.S. year. The per capita GDP is even one-eighth that of the United States. What are the reasons? Lower productivity levels. The level of productivity depends fundamentally on the level of science and technology.

In the late 1980s, the global economic prosperity, adequate capital, investment in fixed assets continued to increase, and the amount of research funding for machine tools increased. The global machine tool industry has been thriving. At that time, CNC machine tool technology also developed rapidly. Not only did it invest heavily in research and development of FMS (flexible manufacturing systems), CIMS (computer integrated manufacturing system) research also gradually began to develop, forming an upsurge of new technology, development and innovation in the world of machine tools. At that time, the â€œfeverâ€ status of this machine tool industry was still vivid.

This point is supported by the increase in machine tool output, consumption, and import and export volume in 28 countries and regions in the world in 2009.

At the same time, global machine tool spending decreased by 33% year-on-year. Since China and Brazil have adopted certain measures to stimulate economic growth, the growth rate of their consumption has been zero, and other countries (regions) have shown a declining trend. In 2009, the consumption of German machine tools fell by 44%, the United States by 51%, Japan by 57%, and Italy by 48%.

After experiencing the world financial crisis, in 2009 the world's machine tool output value was 55.19 billion US dollars, and returned to the level of 53.83 billion US dollars in 2005. In the next five years, the future development of the world machine tool industry will depend on the recovery process of the world economic crisis. Of course, the situation in different countries and regions will be different depending on the correctness of the countermeasures adopted by countries in the world regarding the economic crisis.

According to the prediction of the UN Organization on January 20, 2010, the world economy will recover moderately in 2010. In 2009, world GDP fell by 2.2%, and it is expected to increase by 2.4% in 2010. However, if governments stop prematurely stimulative spending, the economy may fall into recession again. On June 27, the fourth summit of the leaders of the Group of 20 nations (G20) was held in Toronto, Canada. The decision was to reduce deficits on one hand and global recovery on the other. 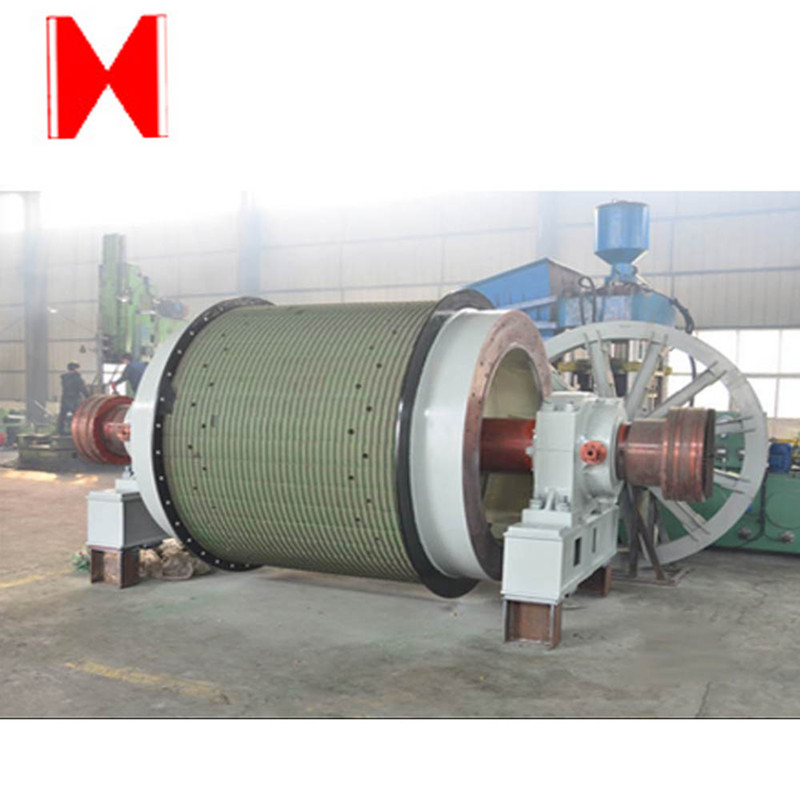 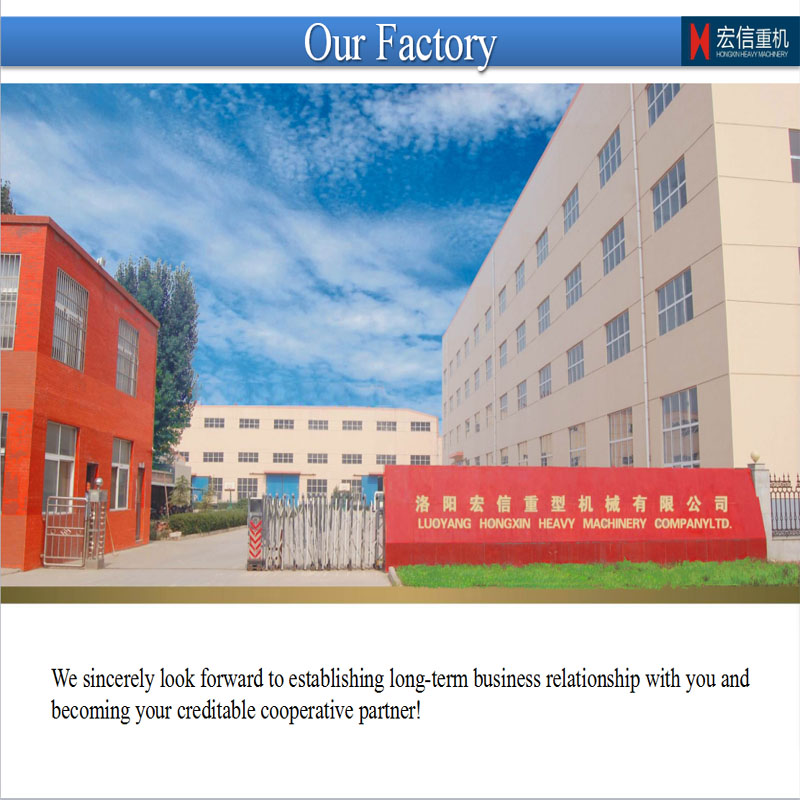 Luoyang Hong Xin Heavy Co., LTD. is located in Luoyang Xin'an Industrial Park, Luoyang Hongxin Heavy Machinery Co., Ltd is an enterprise featured with industrial designing, processing and manufacturing, which is qualified for import-export trade. Covering an area of 15,000 square meters and holding an annual production value of 80 million RMB, the company of 20 million RMB registered capital has total 100 staff members, among which there are 20 engineering technicians owning senior and medium professional titles and 40 intermediate and senior technicians capable of product designing and developing. 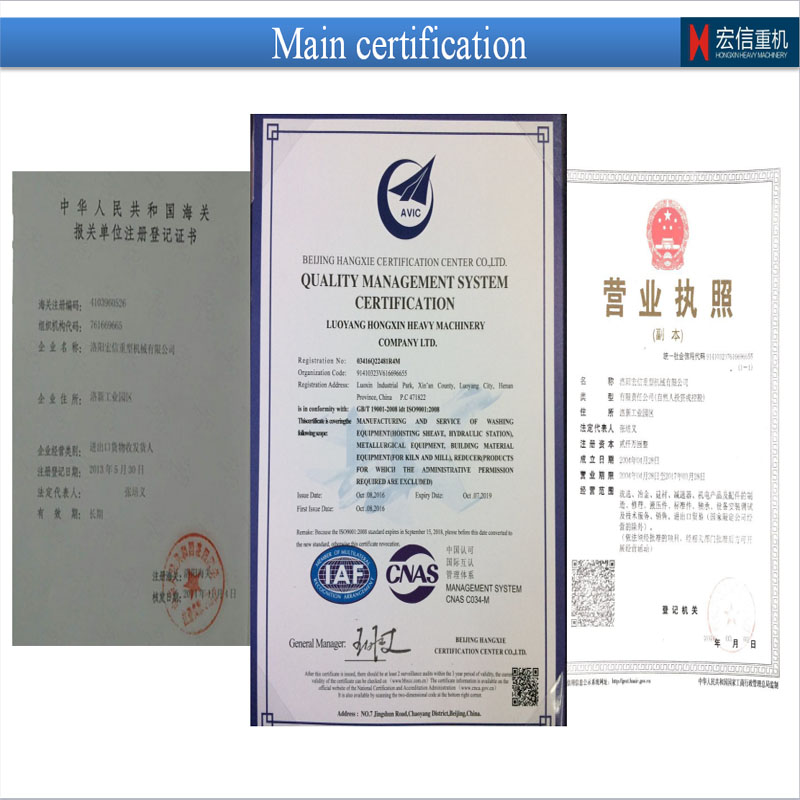 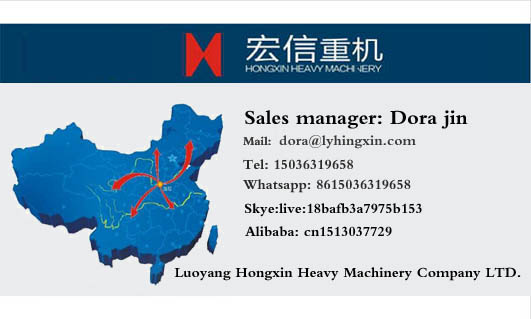 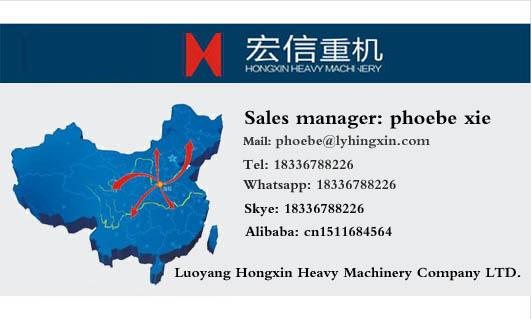 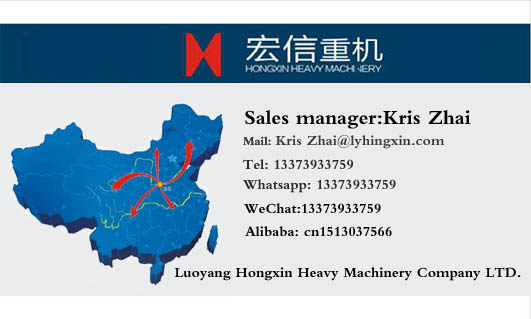 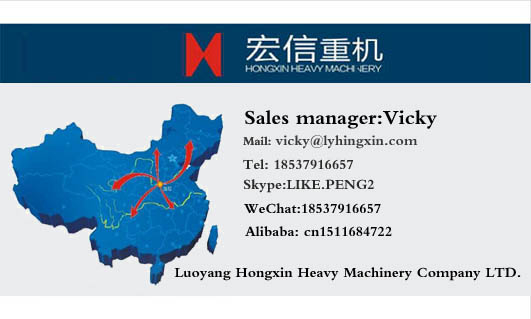 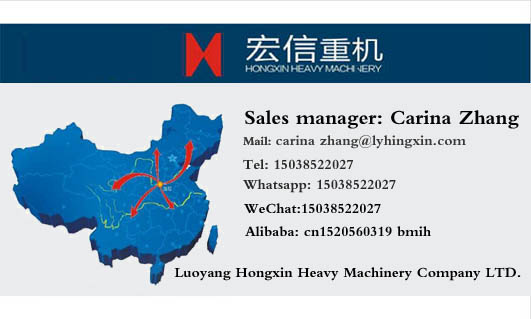